Breeding ‘Golden Fleece’
The bulb took tens year to breed, and another 8 years to multiply (1). After the nurseryman took pollen from ‘Wendy’s Gold’ to ‘Trym’, only two seeds developed. These grew over several years. As this was a cross within the galanthus species plicatus, Sharman had to hold his nerves of steel. He was without the telltale marker of hybrid leaves, which can be used to see if a cross between species is succesful (2). Fortunately, two ‘Trym’ type seedlings developed (1), the strongest of which was crossed to another yellow plicatus. This F2 generation generated an interesting mixture of all types of snowdrops; normal green snowdrops, normal yellow snowdrops, green ipocs and finally the one yellow ipoc that became known as Golden Fleece. Deservedly, it sold for 1390 pounds, still the record for any snowdrop. 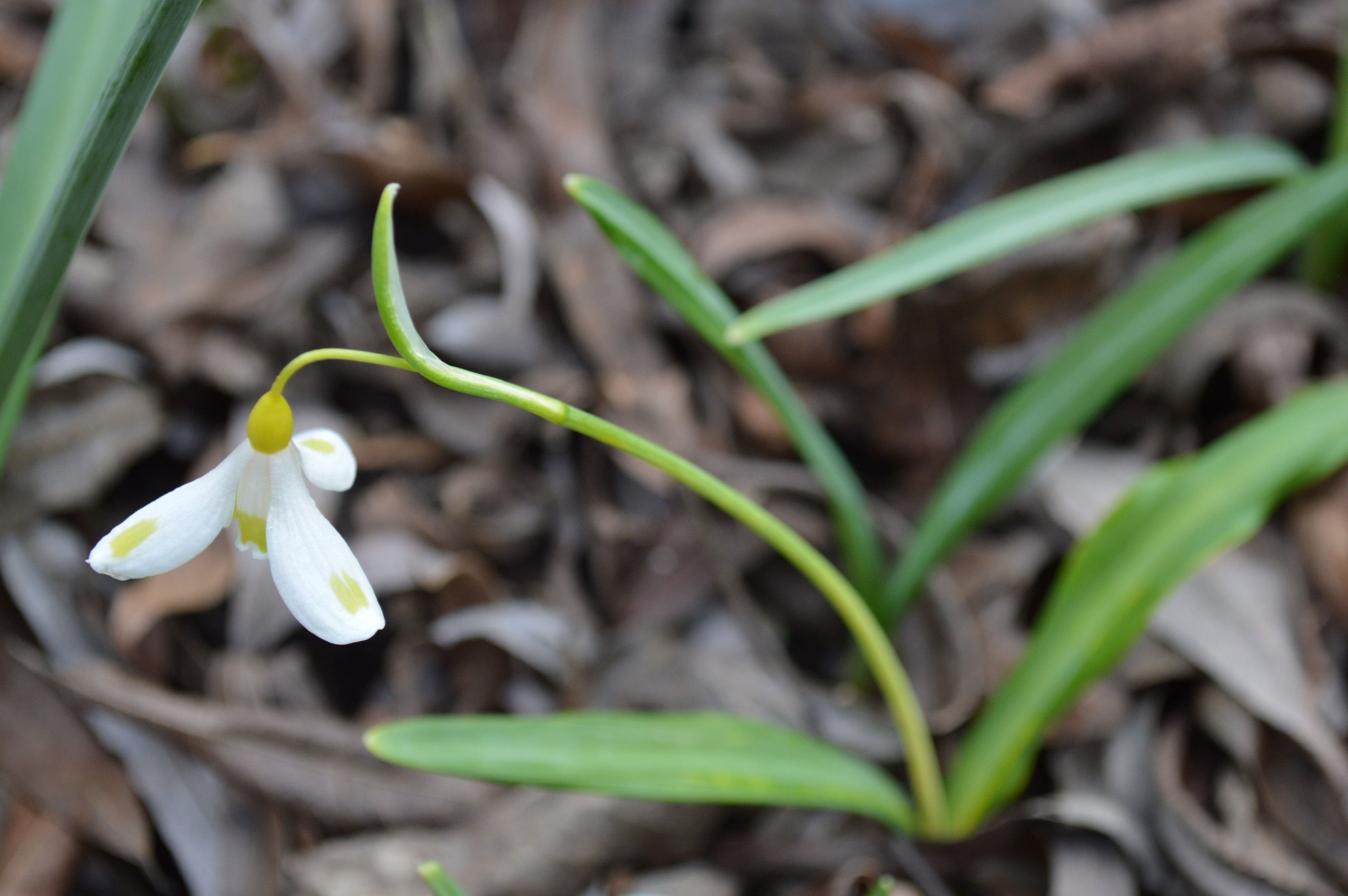 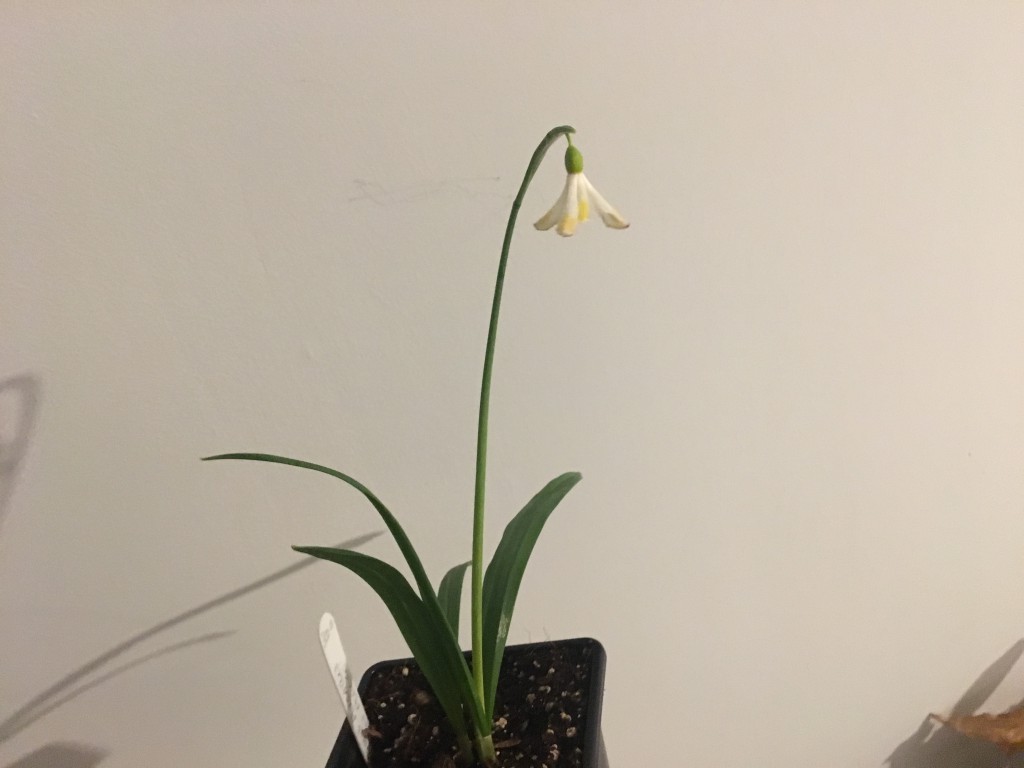 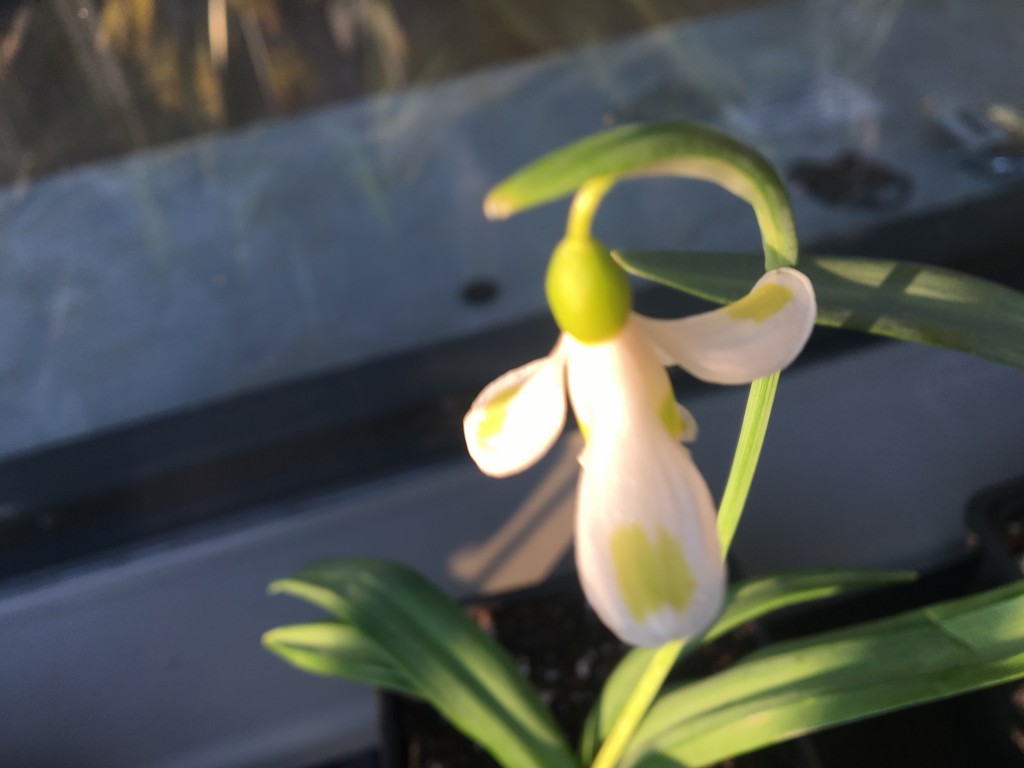