Galanthus fosteri is a classical snowdrop in the sense that is originates from shady, mountainous areas of Turkey, Lebanon, Syria and Jordan. Unlike most species however, it prefers a warmer, dryer habitat during summer (1). Still, like most Galanthus, it grows at cool, northfacing, shady mountaints at 1000-1600m (2). It is another species with supervolute vernation, with leaves of 8-14 x 1-2cm. Plants produce scapes of 8-16cm. The plant flower from January to April (3).

Due to its affinity for warmth, most gardeners grow the species under glass. However, the plant is likely borderline hardy in western Europe. Newer introductions from the wild frequently make better garden plants than those of older collections from botanists Peter Davis and Ian Hedge in 1957 (2). The species was originally imported to Europe by Professor Sir Michael Foster, from whom it derives its name (3). 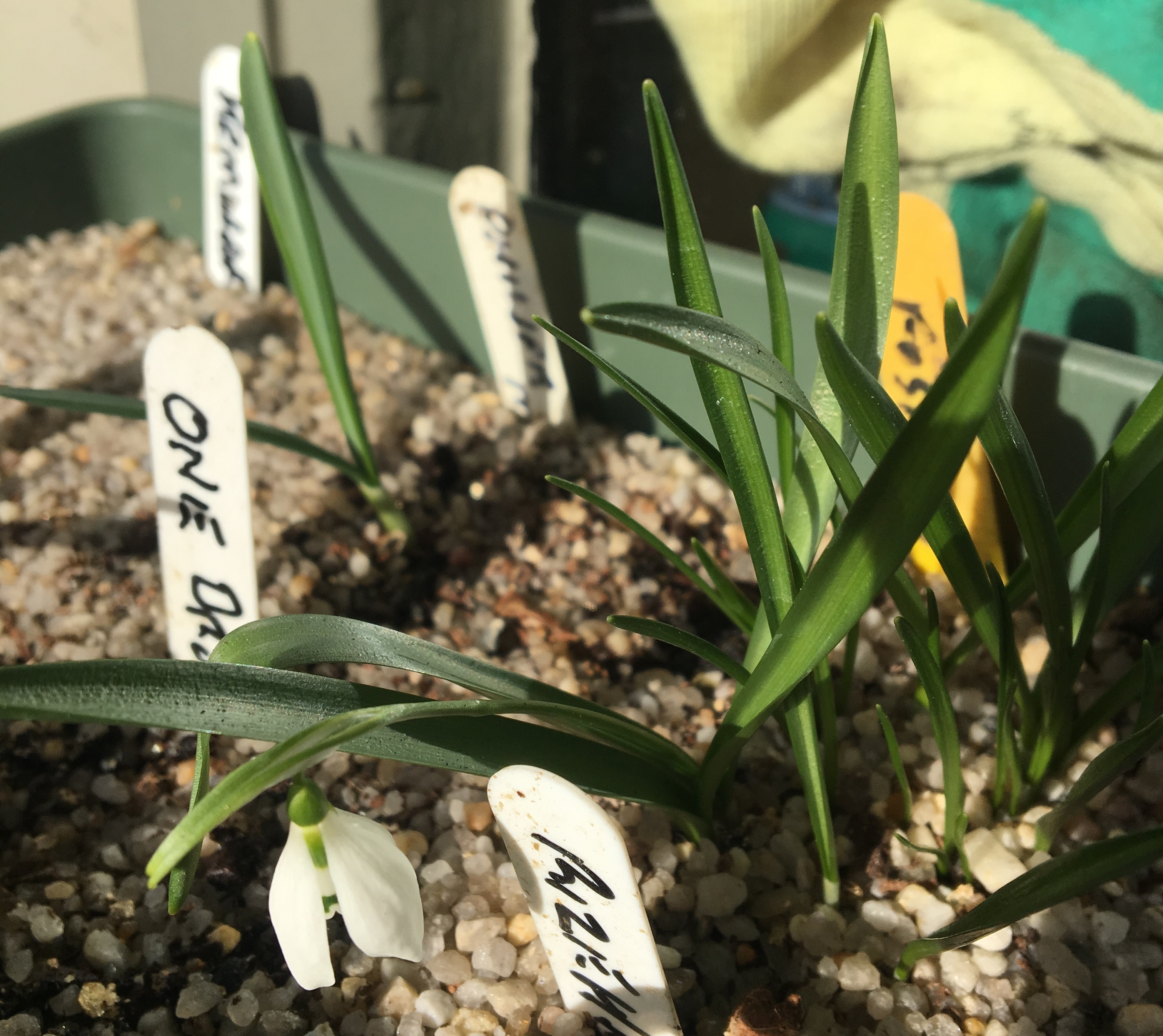 G. fosteri grown in a pot.