Galanthus krasnovii is closely related to G. platyphyllus, it occurs in western Georgia and northeastern Turkey  at heights between 1100-1700m (1).  Like many snowdrops it grows under deciduous trees near seasonal streams, but it can also be found amongst grass and low vegetation types. It displays supervolute vernation and has a distinctively lengthened appearance of the outer petals, due to the long claws. It’s only second in greatest bulb size of snowdrop species to G. platyphyllus. Like this last species, its leaves are particularly broad at 3,5-4cm and a length of up to 30cm in the wild. The plant flowers in March to May in the wild (2), with flower scapes from 5-14cm. It is named after Russian scientist Andrej Nikovaevich Krasnov. 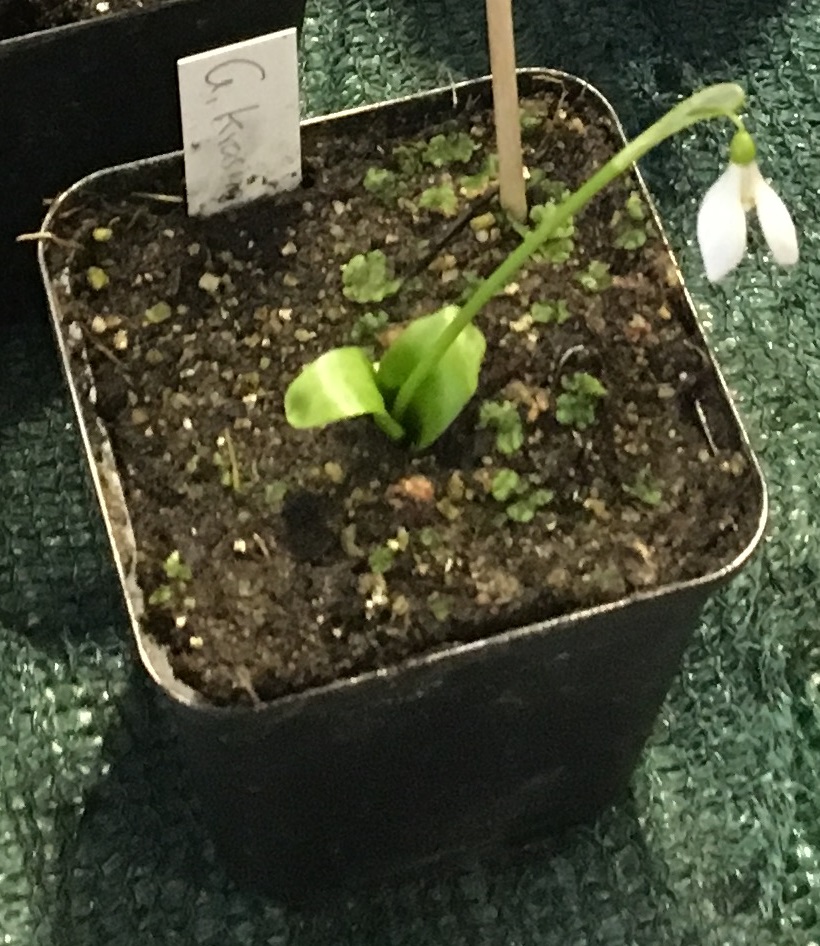 Galanthus krasnovii at a flower sale.

The plant is not easy to grow in cultivation, and is only rarely found in collections. Although the plant can grow to quite a large size in the wild, in culture it rarely obtains this potential (2). Nonetheless, the species is likely hardy in western Europe. It needs rich soil and probably a similarly abundant watering regime as can be found in the wild.