Galanthus rizehensis is a species related to G. lagodechianus, with which it shares applanate verniation. Named after the Turkish town Rize, it occurs in northeastern Turkey, western Georgia and southern Russia (1). Is is another snowdrop growing in deciduous forest, near streams in the shade. The plant grows from sea level to a height of 1200m. Flower scapes develop in January to April and reach a length of 8-12cm. Leaves grow to 6,5-20cm with a width of 0,4-1cm. In comparison to G. lagodechianus, with which it shares some similarities, it has a lower chromosome number.

The plant is considered as a good garden plant and flowers from January to February in cultivation. Most stock in western Europe likely derives from plants introduced from eastern Turkey in 1934. Larger G. rizehensis do however exist in Georgia (1). 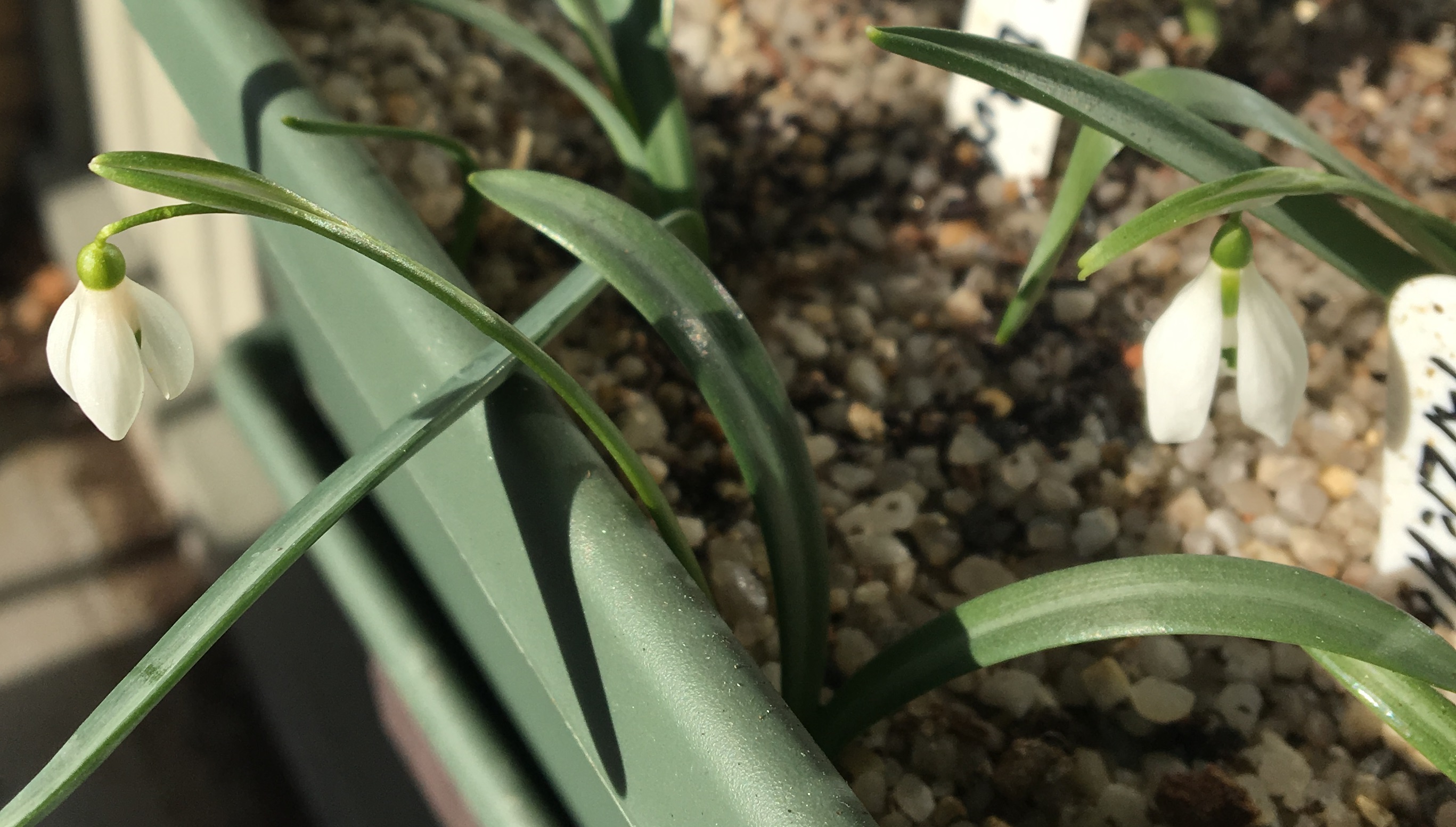 G. rizehensis grown in a pot (left flower and plant).