Snowdrop genetics is not a topic much is known about. Galanthophiles from the past have however discovered the pattern of inheritance of some snowdrop traits.

Genes are a sequence letters written on the DNA. Each sequence contains instructions for a specific quality, like for example flower colour in snowdrops. Every gene occurs in two copies (alleles) in most snowdrop species and varieties (1). These snowdrops have a diploid genome.

Genetics and inheritance of traits in snowdrops
As the genes of snowdrops occur in two copies (alleles), the resultant snowdrop of a cross is determined by which copy (allele) of each gene it inherits from the parent snowdrops. Some alleles are dominant, which means that just one allele will cause a specific characteristic to appear. One example of this is the inverse poculiform appearance of cultivar ‘Trym’. If Trym passes on the inverse poculiform allele to a seedling, this seedling will have the inverse pociliform appearance. This happens even if the other parent of the seedling will pass on the allele of a normal flower. The gene is said to be dominant. 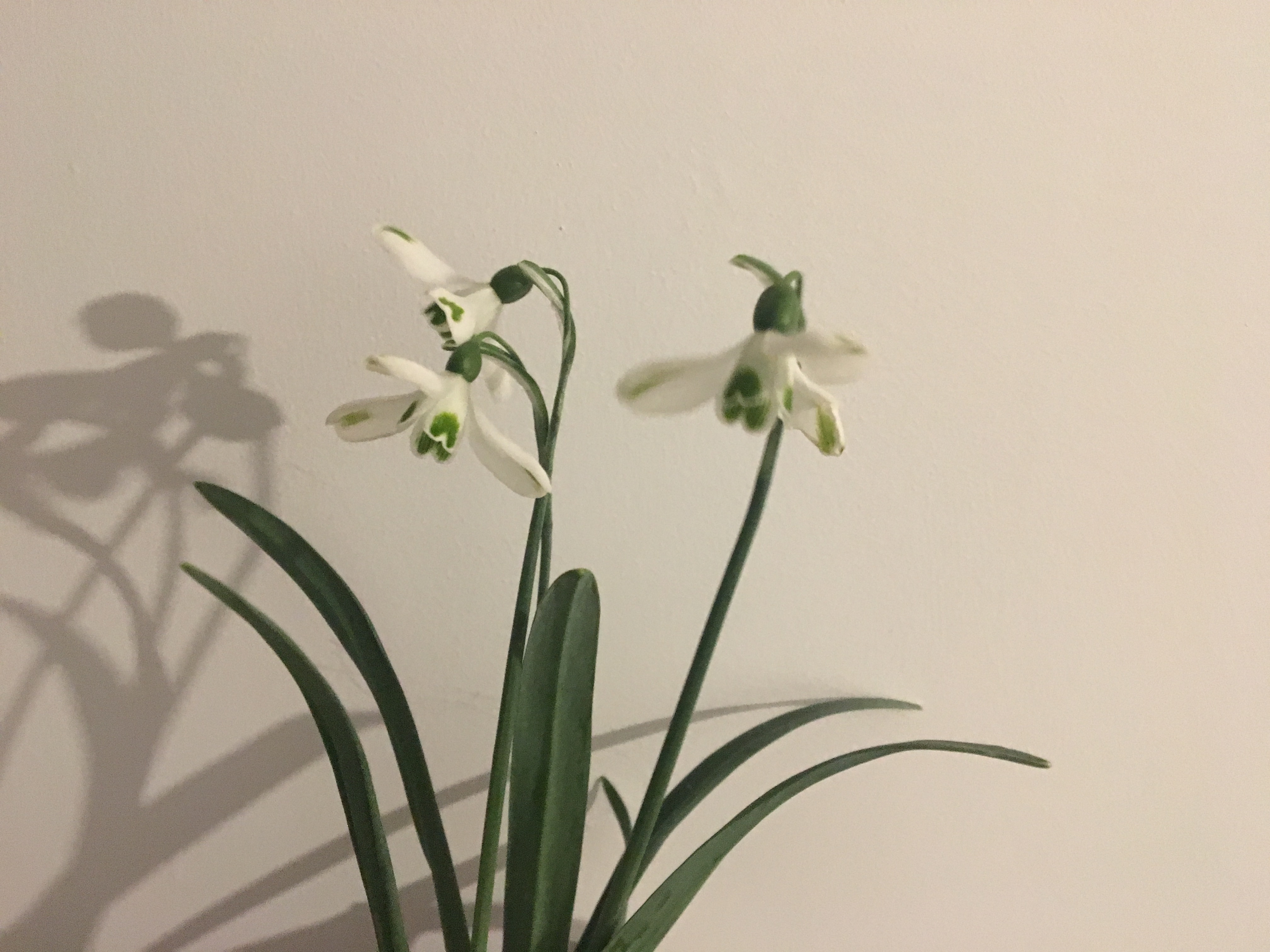 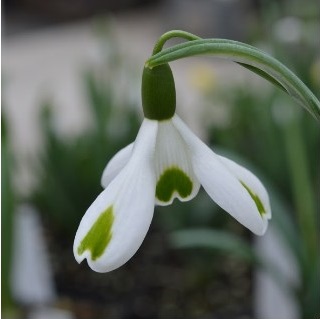 Another type of allele is the recessive allele. An example of this in snowdrops is the gene for yellow flowers. In this case, if a parent yellow snowdrop passes on the gene for yellow flowers and the other parent is a green snowdrop that passes on the gene for green flowers, the resultant seedling will be green. The green gene allele will determine the flowering colour of the flower over the yellow gene allele, meaning the yellow gene is recessive. 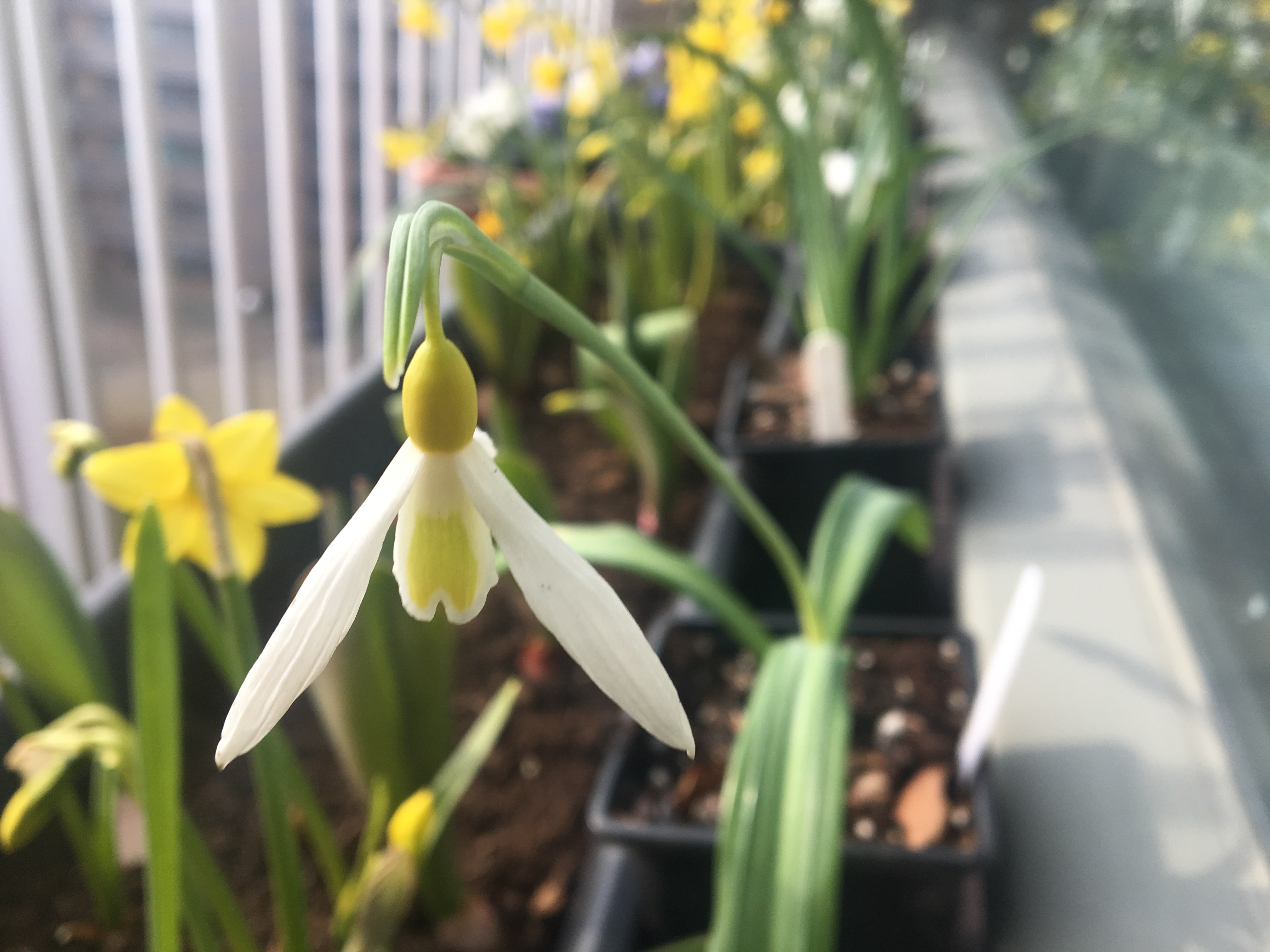 The gene for yellow flowers if recessive. If we describe a dominant allele for a green flower as B and a recessive copy for a yellow flower as b, it will have bb alleles. 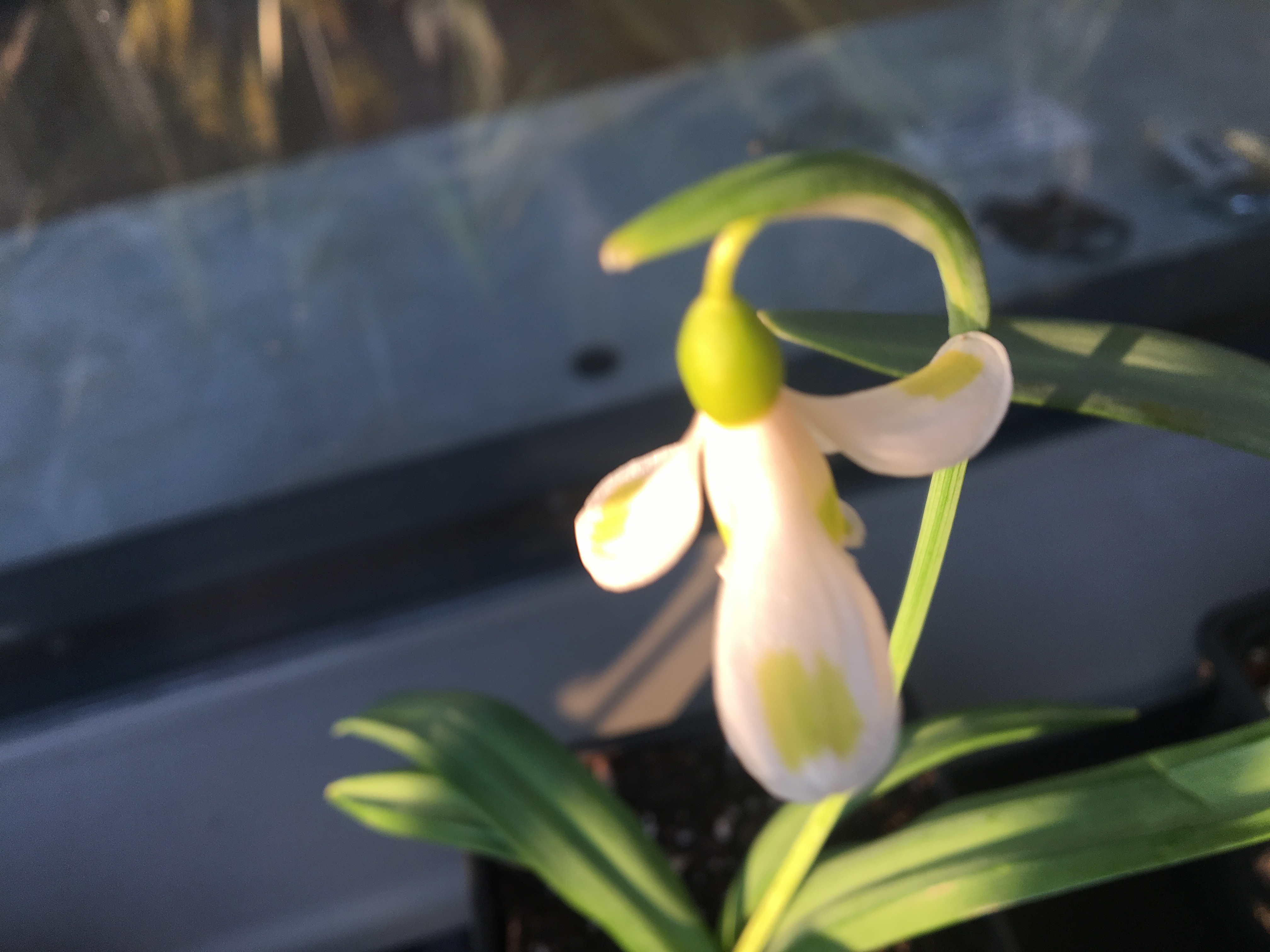 How to get there?

Joe Sharman actually managed to grow two seedlings from this cross, yielding two green, inverse poculiform flowers in the F1 population after five years. This means both will have the alleles AaBb. No yellow flowers yet, but one more cross with yellow flowers should get him there. He crossed these plants once again with another G. plicatus plant with normal yellow flowers, yielding in the second generation (F2):

So normal green, normal yellow, inverse poculiform green and inverse poculiform yellow flowers should all occur with equal chance. Although Joe Sharman did indeed find all types of snowdrops, there was only one ‘Golden Fleece’ (2). Although luck was not entirely on his side, he had done the breeding work properly!

Overview of traits and expected pattern of inheritance:
Hopefully more breeders can use this knowledge of breeding to develop more interesting varieties.