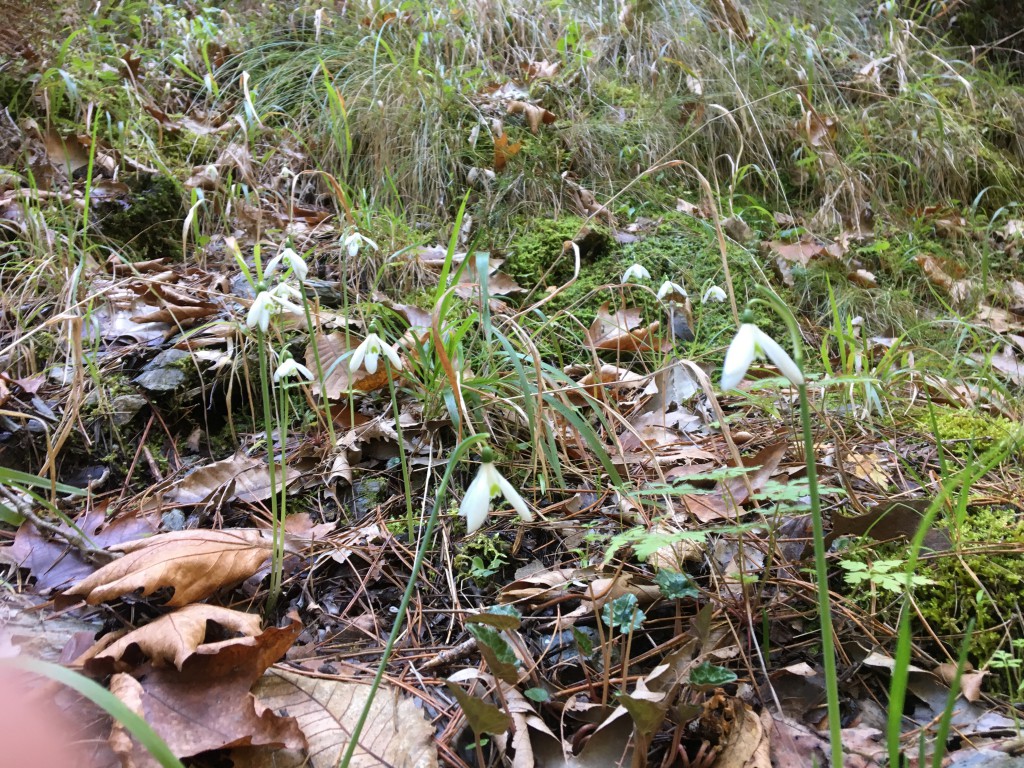 A small population of Galanthus reginae-olgae in the Taigetos mountains in the second week of October.

Galanthus reginae-olgae is a snowdrop flowering in autumn (1), probably the earliest snowdrop to do so.  In the wild it is confined to southern European countries; the plant grows in the Balkans, Greece and south-Italy. There are reports of an isolated population in Tuscany, but the question remains if it is natural or naturalized (2, 3). In Greece, it can notably be found in the Taigetos Mountains near Sparta and on the island Corfu (the species is also known as Galanthus corcyrensis, after the Latin name for Corfu). The populations of these locations are separated in flowering time, with the population from the Taigetos Mountains flowering in October-November and the Corfu population generally flowering one month later. In culture the plants might even flower in early September.
G. reginae-olgae is closely related to G. nivalis and it was initially considered a subtype of G. nivalis. A snowdrop sold as G. imperati was known in earlier times, which derived from Italy. This plant might either have been a hybrid between the species, or an intermediate form.
Flower scapes grow from 8 to 15 cm in length (4). Leaves have applanate verniation and reach a size of 8-18cm x 0,5-0,8cm at maturity. Leaves of G. reginae-olgae display a distinctive median grey line, more strongly marked than in any other snowdrop species.The plant prefers a niche of north-facing rock slopes near streams under deciduous trees, something it shares with many snowdrop species. It is usually found at heights from 600 to 1200m in the wild. 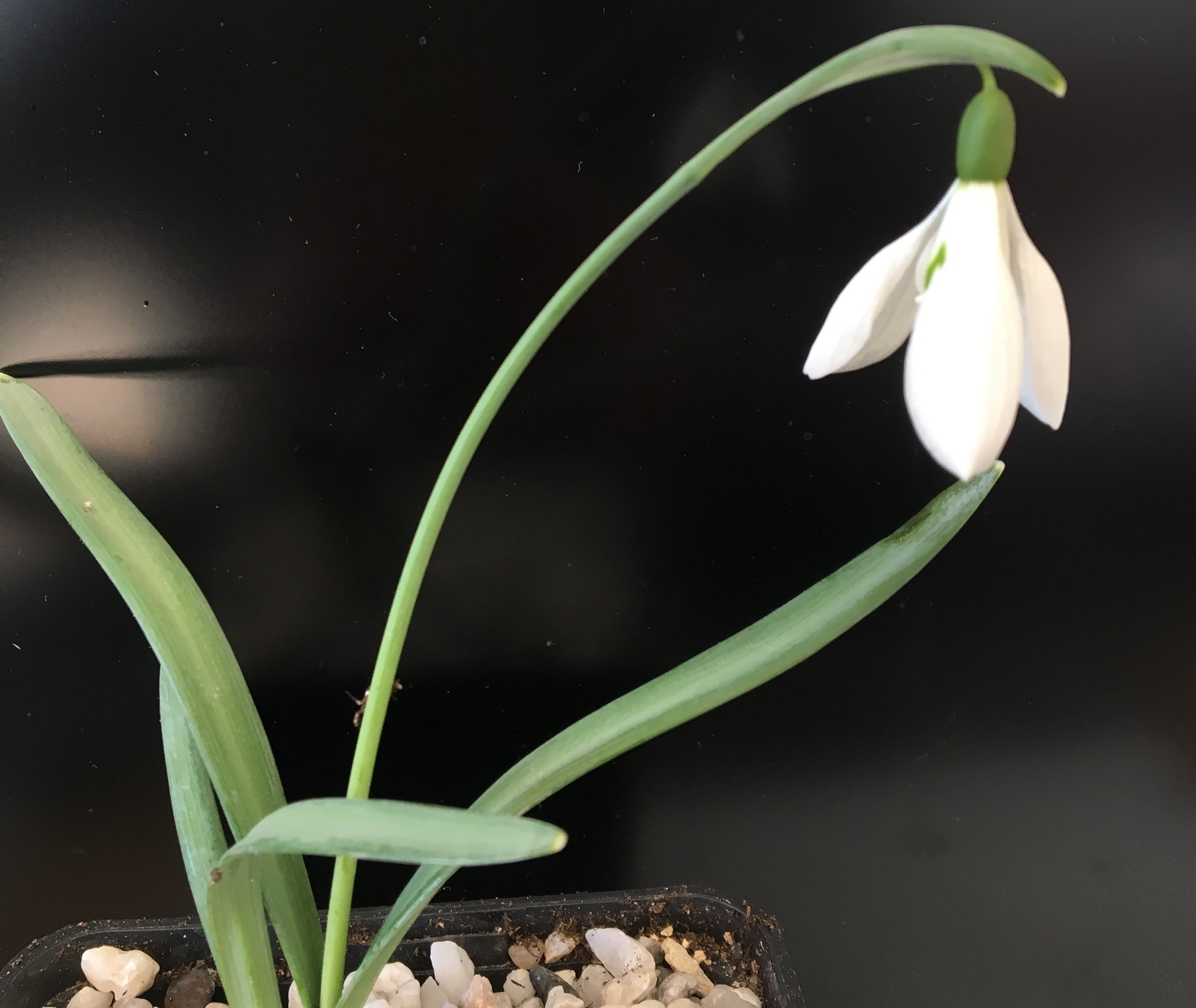 Locations of G. reginae-olgae on Sicily display on google maps (maps.google.com) and found in (6).

In cultivation
Despite its southern heritage, the plant is borderline hardy on the British Isles and coastal areas of Europe, such as the Netherlands and Belgium. In these areas growers report success in establish growing colonies. However, in many gardens the plants survive, but just by a thread, as they do not manage to propagate. Depending on the local microclimate, the plants may be better grown under cold glass.

In recent years, many notable cultivars have been developed by plantsman like Melvyn Jope and Joe Sharman. Examples include ‘Pink Panther’, ‘Melvyn Jope’ and ‘Foursome’. 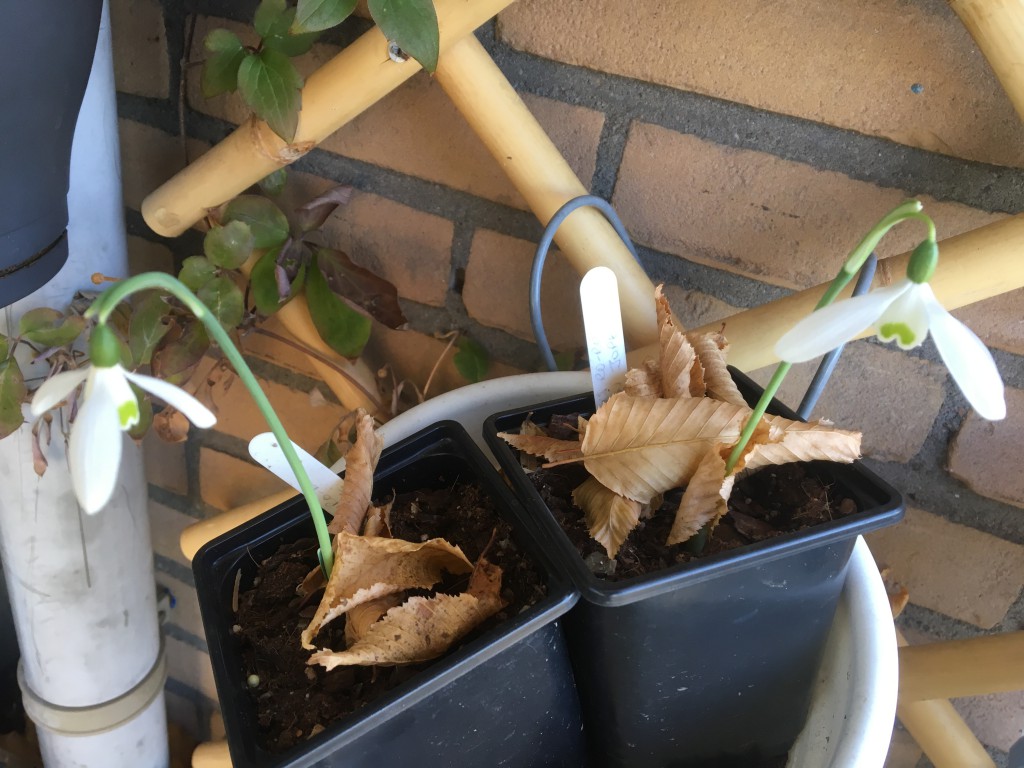 ‘Melvyn Jope’ on the right, with the notably broad perianths of the variety. On the left an immature bulb of the g. reginae-olgae cultivar ‘Foursome’, which displays four outer and inner petals when mature.

‘Pink Panther’ under a pink light for increased colouring. Note: other reginae-olgae do not show this tint under similar lighting.