Galanthus trojanus, is a rare and critically endangered species, from the northwestern Turkish province of Çanakkale (1). It is named after Troy, which ancient city lies in Çanakkale. The plant occurs at heights of 300-500m. It is superficially similar to species like G. nivalis and G. rizehensis, flowering in winter, having applanate verniation and a single mark at the apex of each inner petal. Interestingly though. The plant is larger than these species though, with generally larger flowers (scapes 15-23cm) and leaves that are broader (8-20 x 0,8-1,5cm) and green. In the wild, the species flowers in March, whereas in cultivation flowering occurs in January to February.

It is thought that snowdrops of the ‘platyphyllus clade’ (G. platyphyllus, G. krasnovii and G. panjutinii) most likely split off quite early from the original snowdrop genus ancestor (2). G. trojanus is interesting in that it seems to have split off even earlier than this clade from the rest of the snowdrop species. 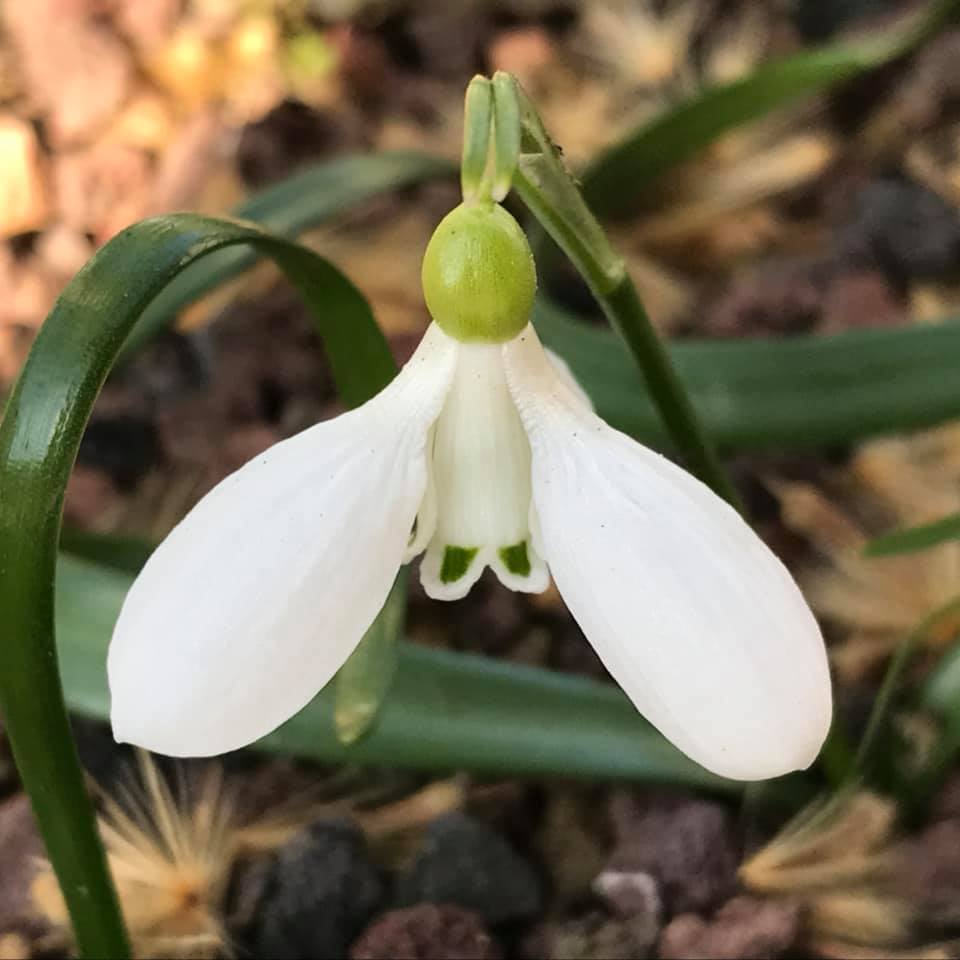 G. trojanus in the garden of Cyril Thibo. Posted with permission.